Plasma cutting as you know it has changed.

Hypertherm announced today the release of the Powermax SYNC series for the Powermax65/85/105. These revolutionary new plasma systems have taken the user experience to a new level. Each step has been simplified and streamlined to making the whole process faster and more efficient. Let's get into the details;

The smart SYNC torch has the controls right on the torch. No need to keep going back to the system to change amperage, it can be adjusted from the torch with the push of a button. The LED will indicate the amperage, alert you to any faults and indicate the status of the torch, either active or inactive. The SYNC torch is available in both handheld and mechanised.

Swirl rings, electrodes, nozzles, retaining caps and shields are no more!! That's right. Rummaging though a box of electrodes and nozzles is a thing of the past. Now there are consumable cartridges. Colour coded, quarter turn cartridges can be changed out in 10 seconds. Use the controls on the torch to deactivate your torch, swap out a drag cutting cartridge with a finecut, flushcut or gouging cartridge turn your torch back on and you're cutting again without the need to return to your system. End of life detection lets the operator know when it’s time to change the cartridge.

Are you worried about having to ditch a whole cartridge every time a nozzles goes? Hypertherm has used advanced cartridge consumable design to provide up to twice the life for hand cutting and improved quality over life in mechanised setups compared to standard consumables. Pre-assembled cartridges also take out the 'user error' component, as poorly assembled set-ups were a large contributor to shorter consumable life. With that now eliminated expect to get extended life from these new cartridges.

You can access cartridge data for performance tracking and analysing usage patterns. A cartridge reader accessory pairs with the Hypertherm Cartridge Reader app to analyse performance data such as starts, transfers, and arc-on time. This smartphone app is already available. 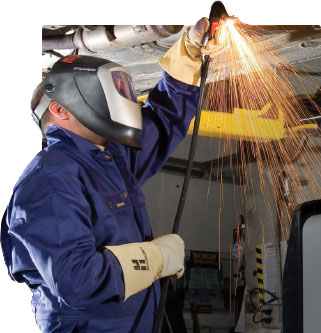